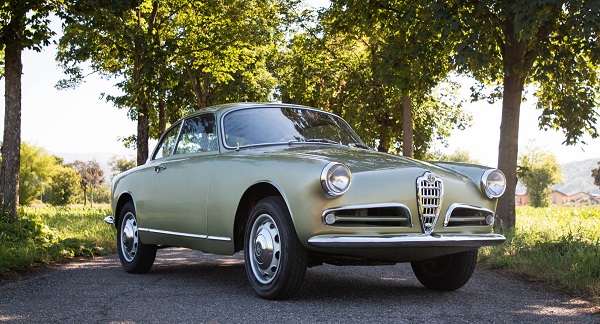 The second battle compares two online auction platforms, one in the USA, represented again by Bring a Trailer, the second in UK, represented by Collecting Cars.

Although the cars are absolutely not as similar as the two cars from the first battle, they are both so special and nice we simply had to write about them.

The first car is a 1955 Alfa Romeo Giulietta Sprint 750 B, an early pre-series example, matching numbers cars, in an outstanding condition and a wonderful color combination. Just awesome! A car everybody likes. We have to mention also that the car is Mille Miglia eligible. It was for sale at Collecting Cars on the 7th of May. The result of the auction was not surprising, the seller knows exactly what a jewel is he selling, so at a high bid of 79.000 GBP the car remained unsold. There are two reasons why the price did not go higher. The first one is that Collecting Cars is specialized in selling UK based RHD cars, which are more than 95 % of their cars. And they are really good at selling these cars with a really nice selling rate of more than 60 %. But it was not as good for a car based in Italy and LHD. The second reason was another 1955 Giulietta, this time UK based, although also LHD, but for much less money at 64.000 GBP hammer price in was 15.000 GBP cheaper and also in a very good condition, just not as original as this one. But the market was not prepared to overpay much more in such a short time. We decided to post picture of this car as it is still for sale at danieleturrisi.net. (auction link) 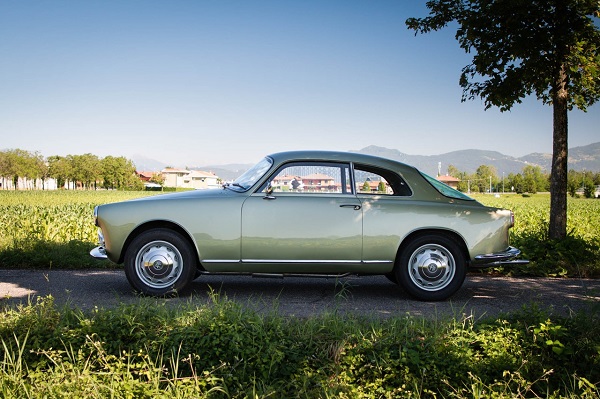 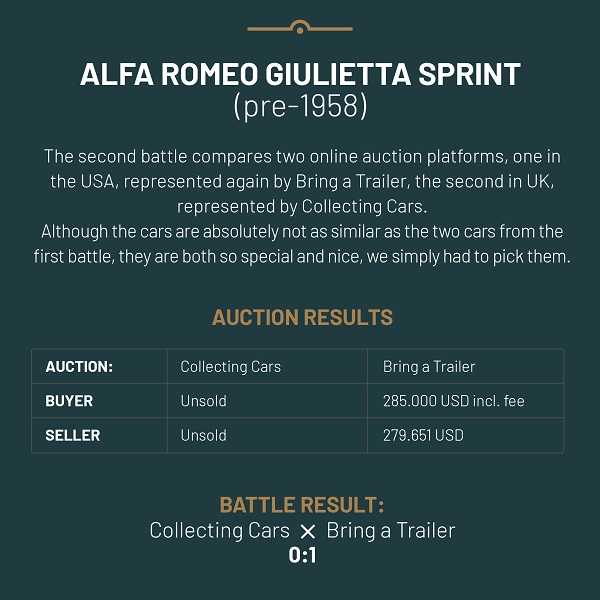 The even more special car came just a few days later on the 11th of May at Bring a Trailer. It was the 1957 Alfa Romeo Giulietta Sprint Veloce Alleggerita 750 E. A lightweight version for racing using aluminium parts of the body saving around 70 kilograms on an already light car! Also this example was matching numbers in an excellently restored condition and of course also this example is Mille Miglia eligible. This time the market went crazy, the seller nicely added some fuel to the already hot auction with adding another completely rebuilt Veloce engine for the winner of the auction for the possibility to spare the matching engine when racing the car in the future. And the result was amazing, the second highest auction result in the history for a Giulietta Sprint by Bertone, 285.000 USD including fees! (auction link)