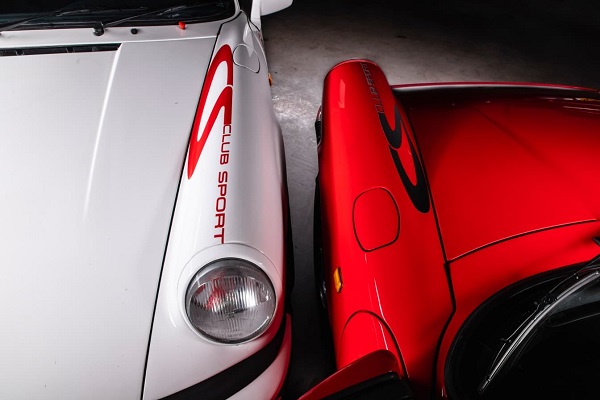 Our next battle compares again a traditional auction platform with the online auction solution. Although there are three months between these two auctions, we decided to pick them to show not only the difference between the results, but also the fact that the coronavirus crisis could actually help the market for special cars.

The selected special car is the Porsche 911 Carrera Club Sport (G-model) and the auction platforms are the French traditional auction house Artcurial vs. the UK online auction platform Collecting Cars.

The first one was being sold already in February at the Retromobile Artcurial auction. It was a really nice original red example with an original engine. Only the exhaust, the steering wheel and the Club Sport sign were aftermarket, but the car was original and in very good condition. The red color is also special for the rare Clubsports, as they were mostly built in white with red signs. The car had some 151.000 km on the clock, but the condition of the exterior as well of the interior did not look like on a used car. The result was very weak, at first the car was not sold. Artcurial managed to sell it in an aftersale on 8th of February for 120.000 EUR including fees. One of the best buys of this year’s Retromobile! (auction link) 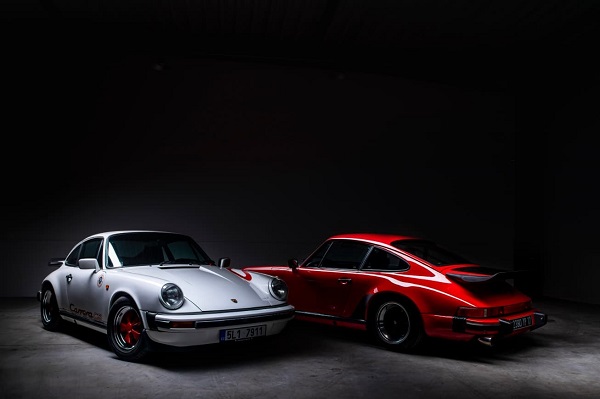 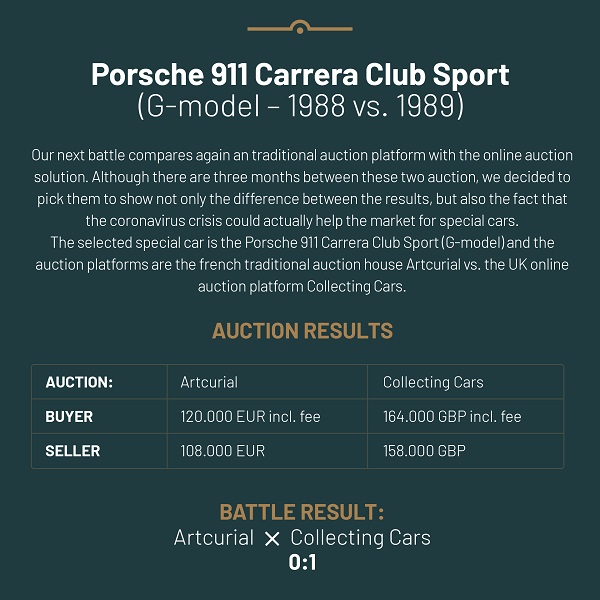 The current sale at the UK online auction platform Collecting Cars took place on 15th of May. This auction shows this platform is specialized in the UK based RHD cars and gives the auction platform credit back after the lost in the last battle with the Italian Giulietta. Now a RHD car, which is not so favoured at the Porsche car market and in the „ordinary“ white execution with red signs. And with also more than 115.000 km on the clock. Again a matching numbers car, this time with only the steering wheel in an aftermarket design. But the result was out from the different world! Sold for 164.000 GBP including fees, that’s more than 53 percent more than the red French LHD car! (auction link)

And the difference for the seller was even wider, a 64 percent difference! Why is that even possible? The condition of the two cars really can not answer such a price difference. The reason could be actually found in the coronavirus crisis. The market for special cars sees an increased demand for the real value as it was after the financial crisis in 2008.