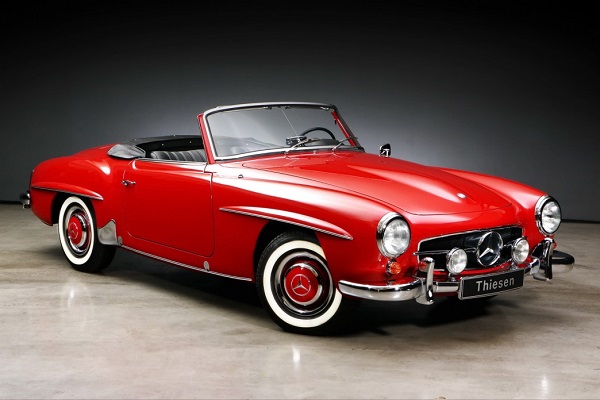 This time the Battle goes across the Atlantic ocean with a German classic red Mercedes. On one side of the ocean the US online platform Bring a Trailer, on the other side the traditional auction house Bonhams with the sale in the UK.

Both auctions were selling a red 1957 Mercedes 190SL in similar conditions. What is quite an interesting fact, that only few years ago it was confirmed that one of these participated in the Mille Miglia 1957 with a privateer driver. So it is not long ago since the 190SL up to this 1957 model year is Mille Miglia eligible. It was a successful model with almost 26.000 examples built, but only few people know the car is eligibile, so there is still some chance to get this car into the race. 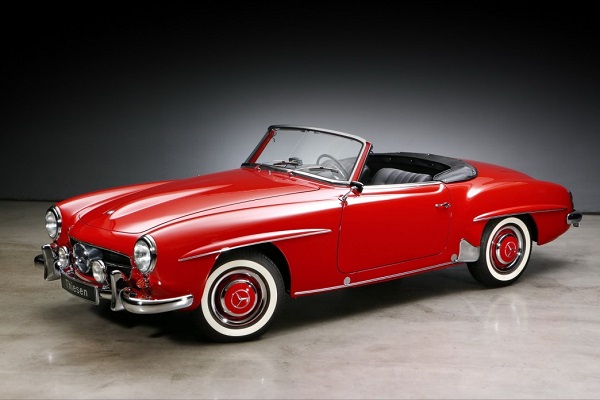 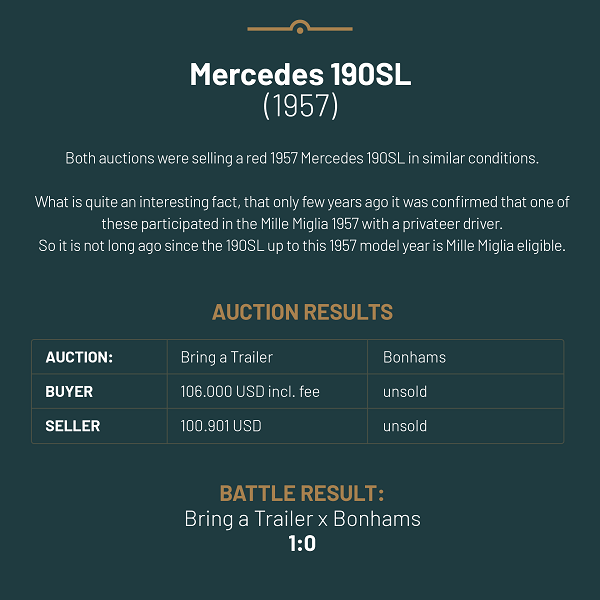 But the second car at Bonhams just one day later on the 30th of May failed to sell and the car remained with a high bid of only 60.000 GBP unsold. (auction link)

There is another very nice and fully restored red 1957 190SL example for sale at one of our favourite dealerships at Thiesen Automobile in Hamburg, Germany. We decided to post a picture of this gorgeous one.