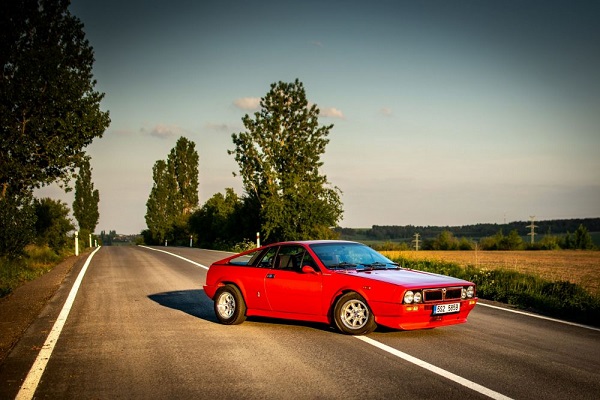 For the second Battle from our first auction event we chose the Lancia Montecarlo coupe. Although a quite rare car, just a week before there was another Lancia coupe sold by Bring a Trailer.

The car at BaT was a 1976 Lancia Scorpion. Although a very different name, this was the Montecarlo version for the US market, because the name Monte Carlo was already used in America by Chevrolet. A total of 1.805 cars were built under this name for the US market. Because of the strict US emission regulations, a smaller 1.756 ccm engine and smog equipment had to be fitted. With less aggressive camshaft profiles, a smaller carburetor, and the compression ratio reduced, the Scorpion delivered just 81 hp, down from the 120 hp of the Montecarlo. In order to meet federal crash test and lighting requirements, the Scorpion had bigger 5-mph bumpers and low-rise pop-up, sealed beam headlights, adding some 60 kg to the curb weight. The Scorpion was sold by BaT on the 23rd of June for 21.000 USD including premium. (auction link) 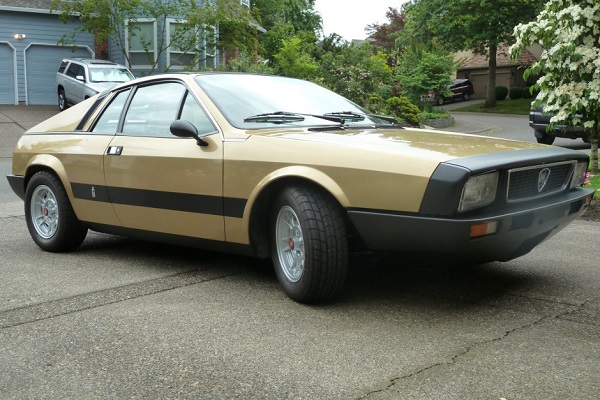 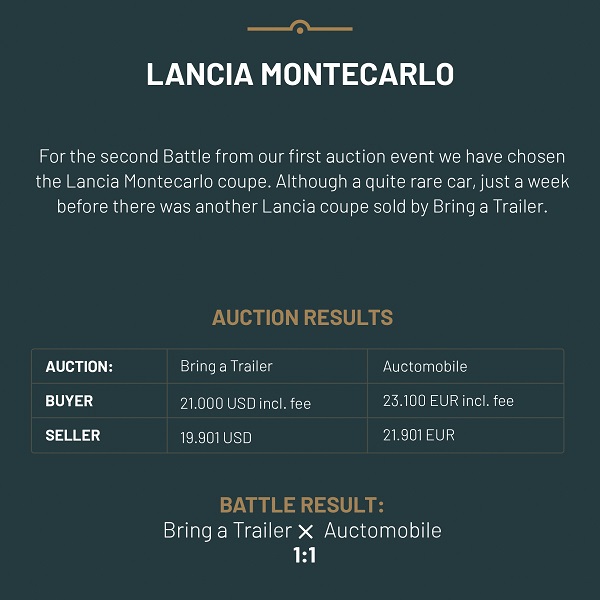 This time it is a bit more tricky to decide the winner, if you look at the results independently. The Montecarlo is a better driver with a more powerful engine and less weight. It is also rarer and has less kilometers on the clock. But the Scorpion was sold by BaT with a strong result almost similar to the price achieved by Auctomobile. But because both cars could find new homes for a very similar result and conditions of the sale, we decided to give this Battle our second tied result.