The Mille Miglia cars on budget story goes on 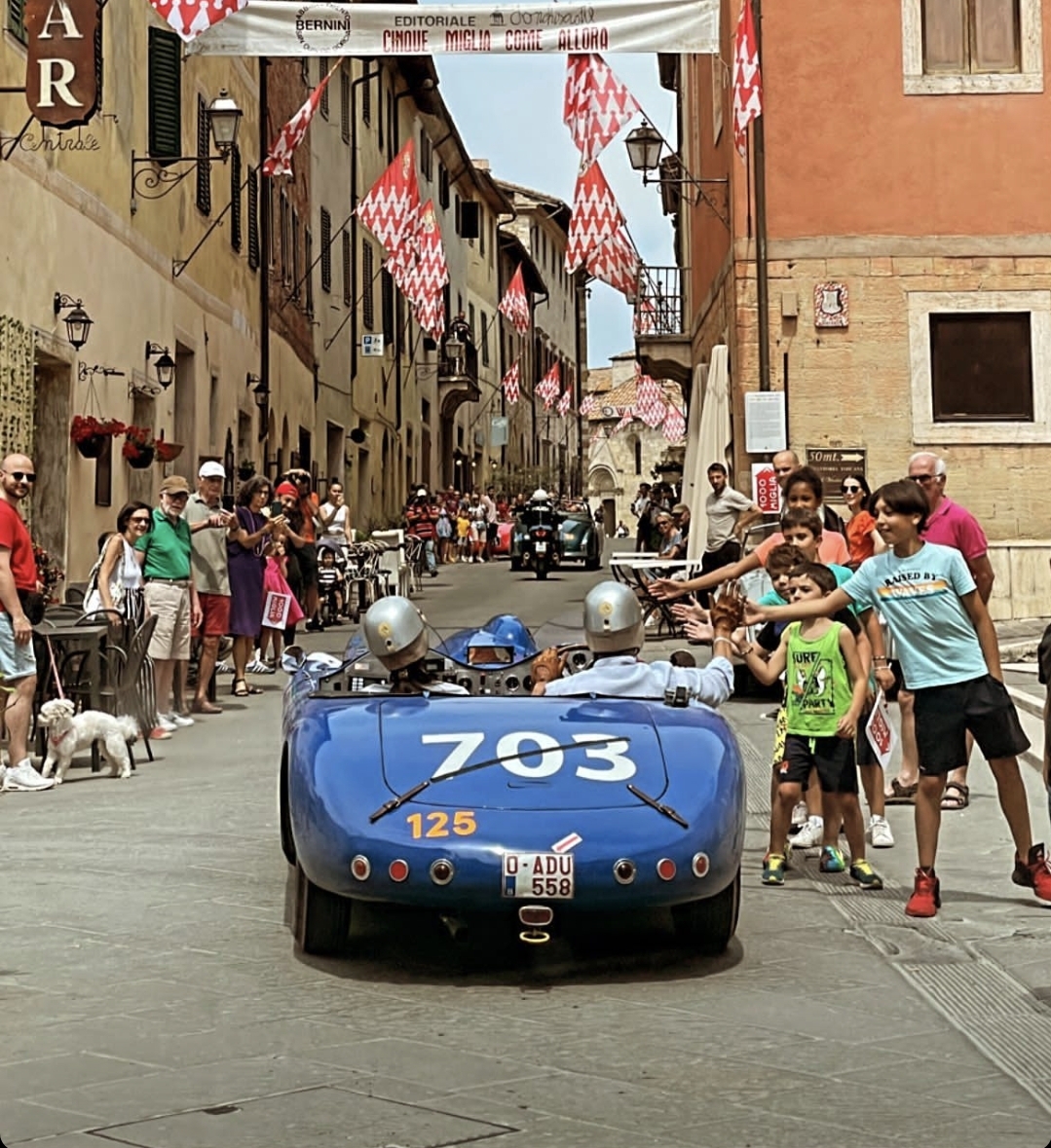 After the unsuccessful attempt to enter the race in 2020, although we made it to the shortlist of 600 cars, the 2020 race was postponed and we didn't try a new entry, instead we got a very good offer for the MG racer and sold it in spring 2021.

But that was not the end of the story, it was a new beginning. What is the second best thing after driving a classic race car? Trying to find one!

THE AUCTION WEEKEND IN JUNE

So the new journey began this past June. From June 18 to 21, a very interesting auction weekend took place, hosted by three different auction houses in the UK and France. 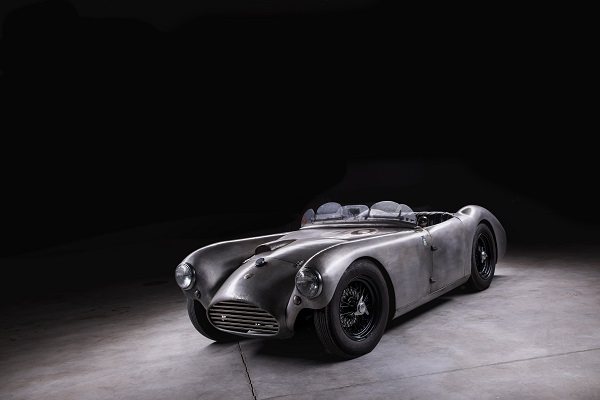 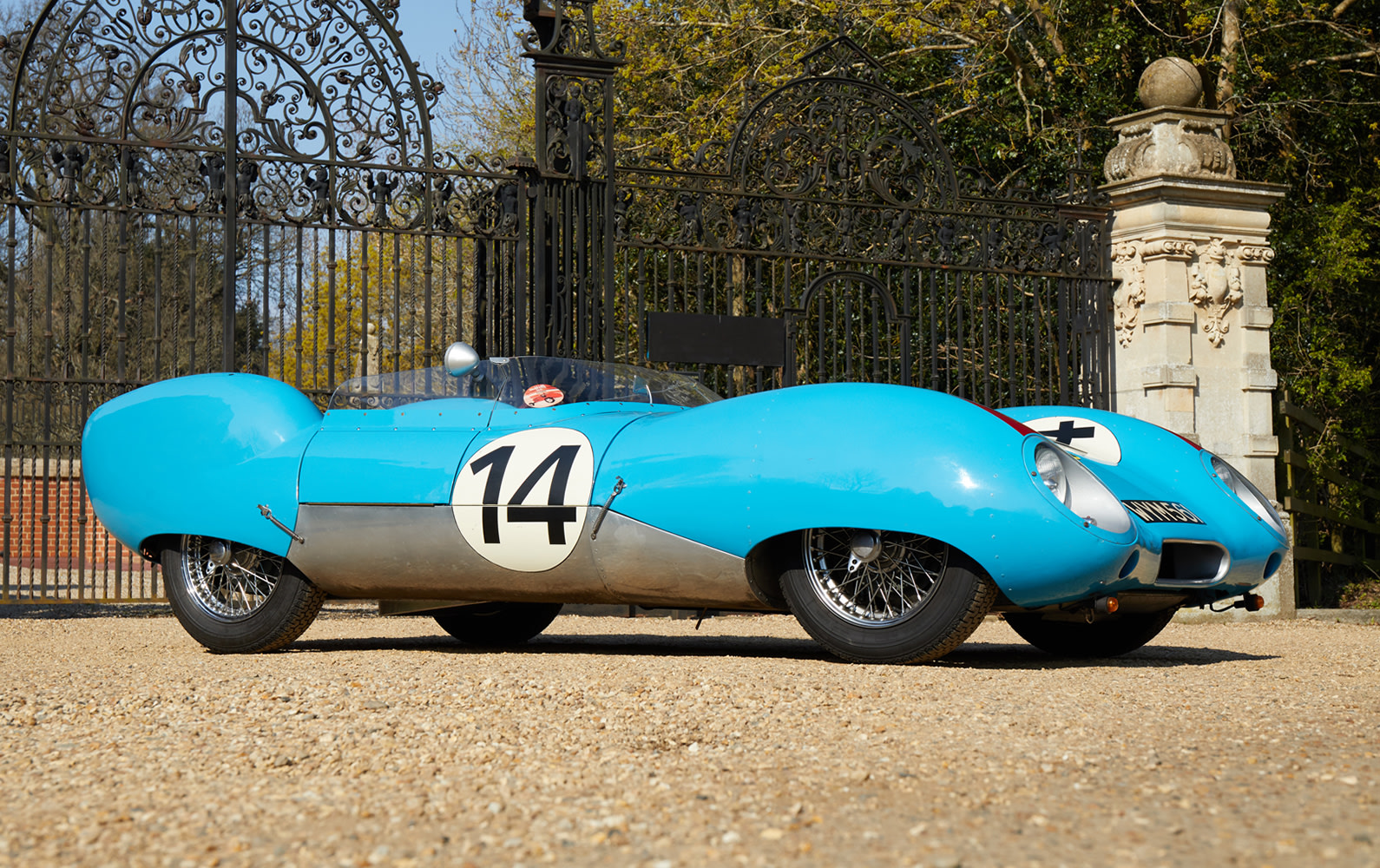 The first car was the best way to upgrade our former MG racer. A 1957 Lotus Eleven was auctioned by Gooding. The estimate started over our budget, but we thought if it stayed at £100,000 we could use our profit from the previous sale, because we just fell in love with the idea of upgrading from the MG racer to the Lotus Eleven, as you can see from the pictures, these cars look like an evolution of a race car.

The problem we had to add was the Brexit, so we had to calculate not only the fees but also the VAT to import the car to the EU. The car sold for £102,300 incl. the premium, just one bid higher to our highest bid! That was a great price for the value, and we regretted not bidding more. We were so disappointed that we lost the Lotus by such a narrow margin that we didn't participate in the other two auctions in France. We decided to wait for something that suited us better than the cars offered there (although the Panhard and the Delahaye sold within our budget).

Over the next few months we tried to look at various cars we had found for sale from various sources. We looked at some pre-war MG Midget that might be eligible, but they were mostly not original enough to be accepted. There were also some problems with the documents about the originality of the car, as the documents were for a car six years older than the car's history presented. We will talk about these issues later.

.
We thought again about a 1952 Nash-Healey Le Mans that we had owned before, as the price is really low for such a rare sports car that is also eligible for Le Mans Classic, Tour Auto and many other events. We found two great examples, a coupé and a roadster, both under 60,000 EUR. But we decided not to get into the same river twice and only to get an option for selling later the roadster at our auction platform. 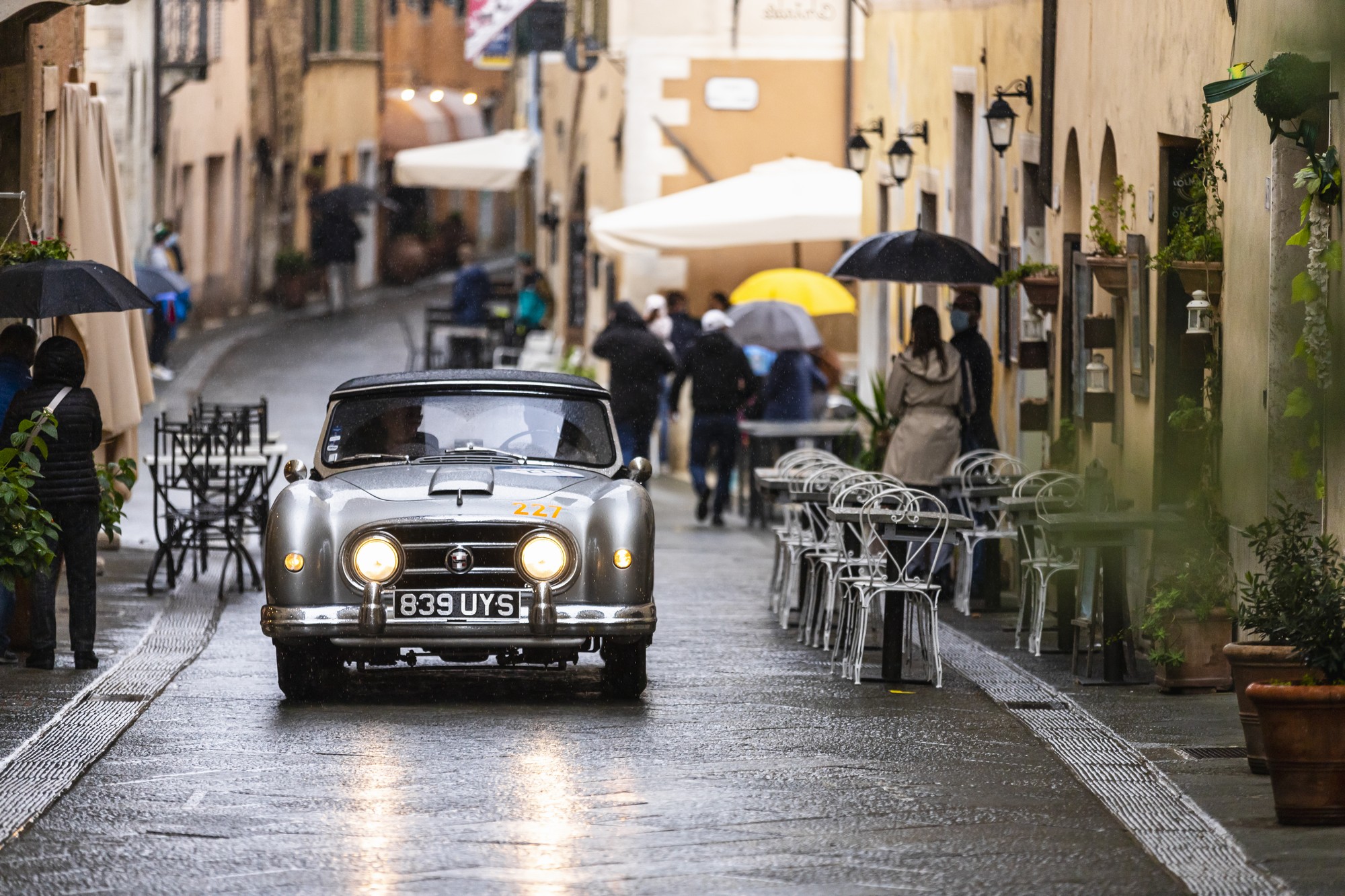 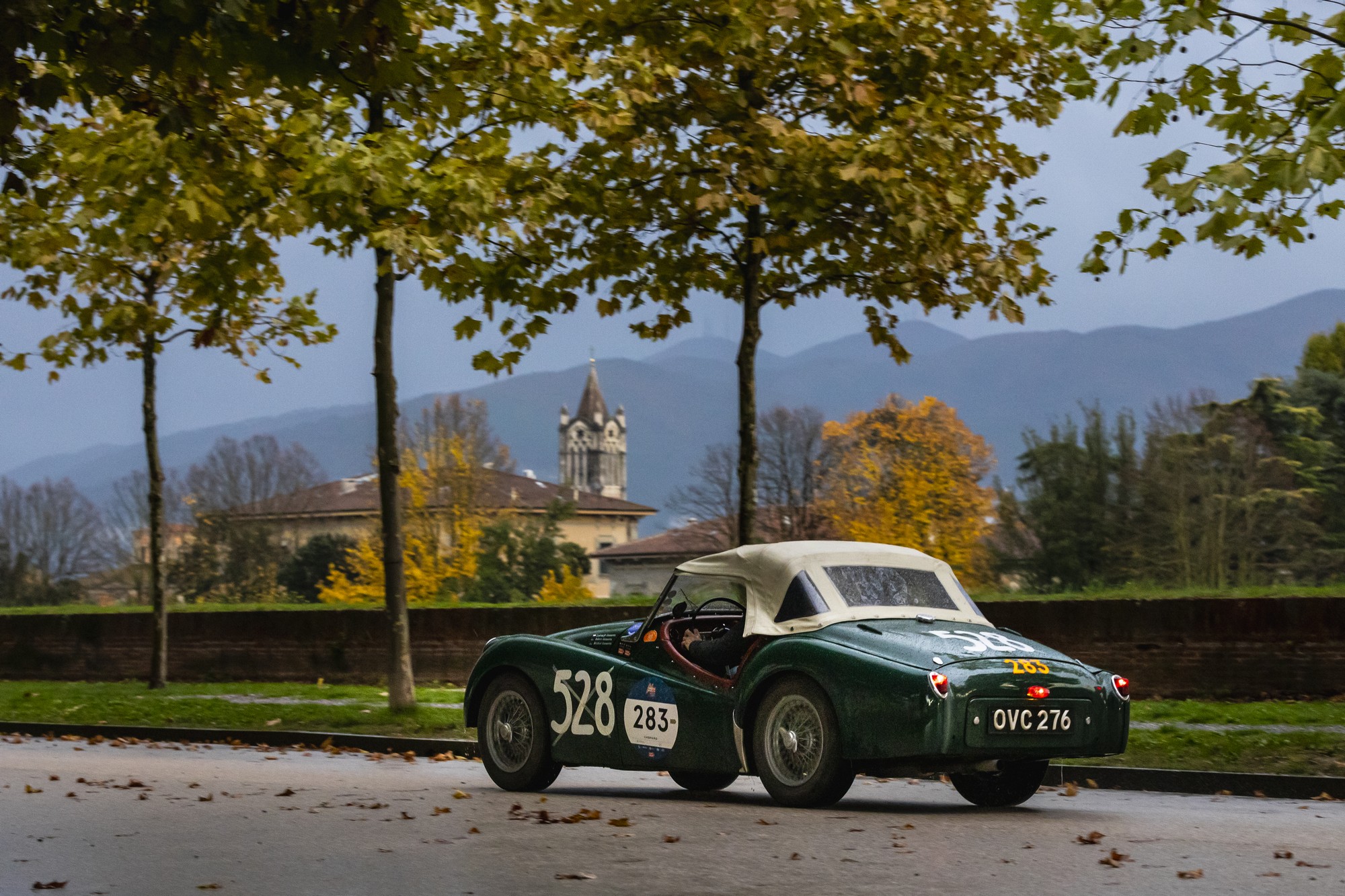 The other British car we were interested in was a Triumph TR2 Sports from 1952 that had already not only the Registro Mille Miglia certification, but participated also in the Mille Miglia 2019 and was accepted for the Mille Miglia 2022! The other advantage is that the car is eligible for almost all other major classic events such as Le Mans Classic, Tour Auto or even Monte Carlo Historic.

The car was equipped with factory aluminium hardtop, period front disc brakes and approx. 110 hp engine, very original, even with the original paint.

But we only decided to get a selling option for this car at our auction platform.

Then we seriously considered the Alfa Romeo Giulietta Sprint. We like the look of the car and also the brand. We found a really nice restored Series 1 example that might have a better chance of getting into the race than the later model. The first series was built only until June 1956 and is much rarer than the later series. This example was Mille Miglia capable also with the Registro Mille Miglia certification. It had also still an original interior, no rust, no welding and original 35.000 km. Partly repainted only once still with original paint and very nice patina.

But again, we only get a selling option at our auction platform. And decided to look for a more special car.

Keep following our auction platform and you will meet these last cars later again. 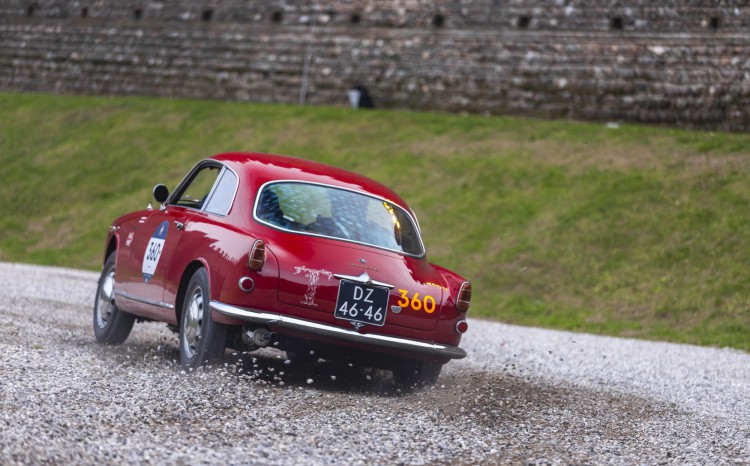 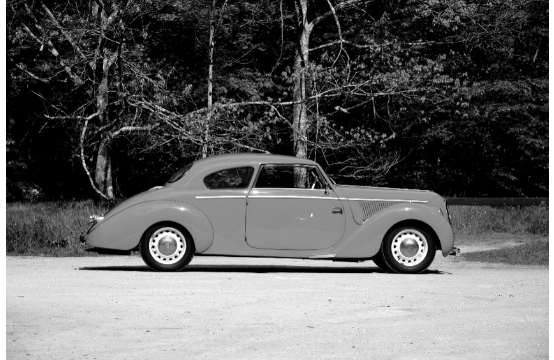 A rare 1933 Talbot AV 105 was sold at an auction in the UK. A very interesting, powerful sports car. But as we digged deeper into the details, it turned out that the car was more of a good base for a restoration and not exactly the eligible specification. And we didn't want another project.

.
After the Giulietta our focus remained in Italy. There was a nice Series 2 example that was quite cheap at BaT, but the 2nd series is unlikely to get accepted. So the time came for Lancia. We found a very interesting coupe, a 1937 Lancia Ardennes with a body by French coachbuilder Pourtout. The Ardennes model is not to be found in the eligible list, but it is only the French name for the Aprilia model built in France. Nevertheless, it could be a problem to buy such a car, because the same applies to the Augusta, whose French sister model is called Belna. Belna can be found in the eligible list, but Ardennes isn't mentioned. This uncertainty led us to lower our limit and as a result we lost the auction, as the car sold for a very good price of 30,000 EUR.

Although only a few Italian cars are at the top of our score list, one thing is for sure, the Italian cars always have a slightly higher chance of getting into the race than the foreign productions.

.
Then we found what we were looking for. An original Lancia Augusta special sports car, built by March. We just had to wait for a charity auction at Collecting Cars, which ends on 10 May. We set our limit for the car at £60,000, but that was to include the cost of bringing the car to the EU, so again VAT post-Brexit.

.
We ended the bidding war again as the second highest bidder at £56,000 and the car sold for £57,000. We waited more than two months for this car, for this auction and we were the unfortunate loser for the third time in a year, outbid by only one bidder. 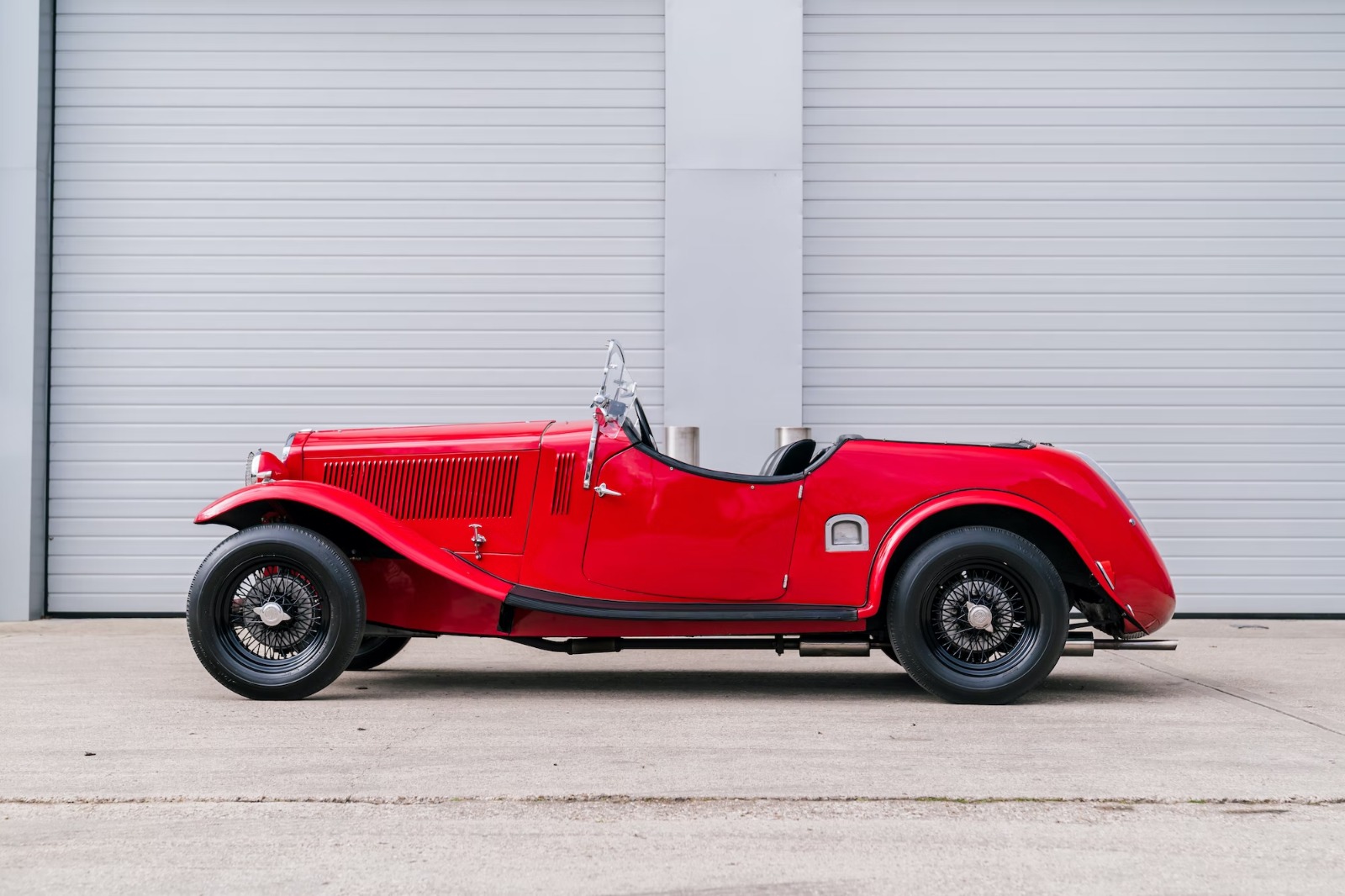 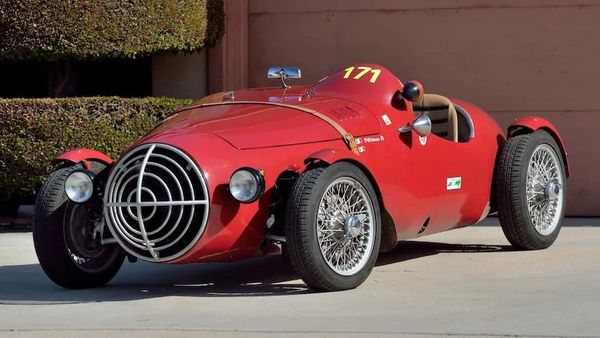 But our experience in this field is growing. We have found that many cars, especially British and Italian cars, that are eligible for the Mille Miglia, but are too heavily modified, or are not correct, or do not meet the exact specifications (although the model itself is eligible), or even many fakes (replicas if you like), are sold as original cars. We have already refused to buy 6 cars we were interested in last year for these reasons. And we can use the example of the 7th rejected car to show you how difficult it is to buy what you are looking for.

.
We found a very interesting car on its way to the Monterey / Pebble Beach car week auction hosted by Mecum. A 1948 Patriarca Sport Barchetta.

According to the description, an original first race car built by Rodolfo Patriarca. He only built 7 race cars, 3 of which should still exist, this one being the first.

Not only that, it was also driven by his son Bruno at the 2016 Mille Miglia. So it is not only eligible, it is already registered for the race and it was also on the cover of the official Mille Miglia 2016 book. The estimate was USD 200,000 to 250,000. As we were at Mecum, which certainly does not specialise in such cars, we hoped to still have a chance with our budget. The car actually didn't sell at the auction and we were really able to buy the car within our budget!

.
But when you get down to it, the story is different from the original car. Even worse, the original car still exists and is not in the USA, but still in Tuscany, Italy. You can read about it in an article by Archivio Vetture Sport - Etceterini, where the history of the car is very well documented.

And what is even more disturbing is that if you dig further, you can find 4 Patriarca cars for sale at the moment (out of the 3 cars still in existence, with one not for sale in Italy)! And the asking prices range from 200,000 to 850,000 USD! 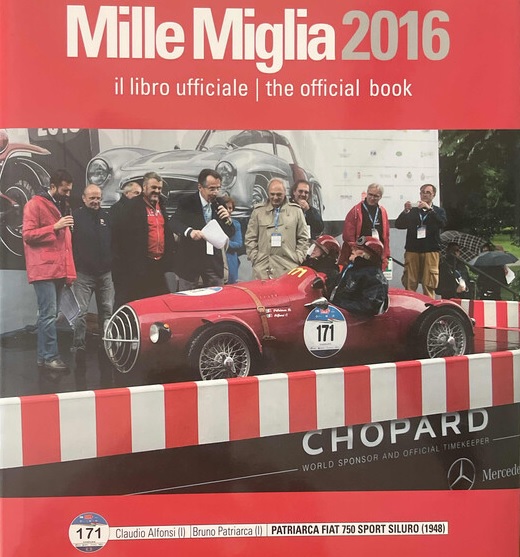 So how can you buy an original and registered car these days with a real chance of being sold in the next max. 3 to 4 years for less than approx. 100,000 EUR?

It's really not easy and even the organisers sometimes allow a replica for the race. But we know they get 2,000 entries every year and who could dig out every detail of every car, we don't blame them and the same is for Mecum as also for them to check every car in detail is impossible and this one had already the Registro Mille Miglia certification, so it seems to be an original car. But we don't want to own a replica just to participate in the race. Although this car would probably do it for a pretty good price.

The story continues as we go on a tour of Europe (with a US auction) over the next six weeks, with the aim of coming back with the next dream car!

.
In the meantime, you can see our updated and enlarged TOP 100 Mille Miglia cars on the budget score list here. 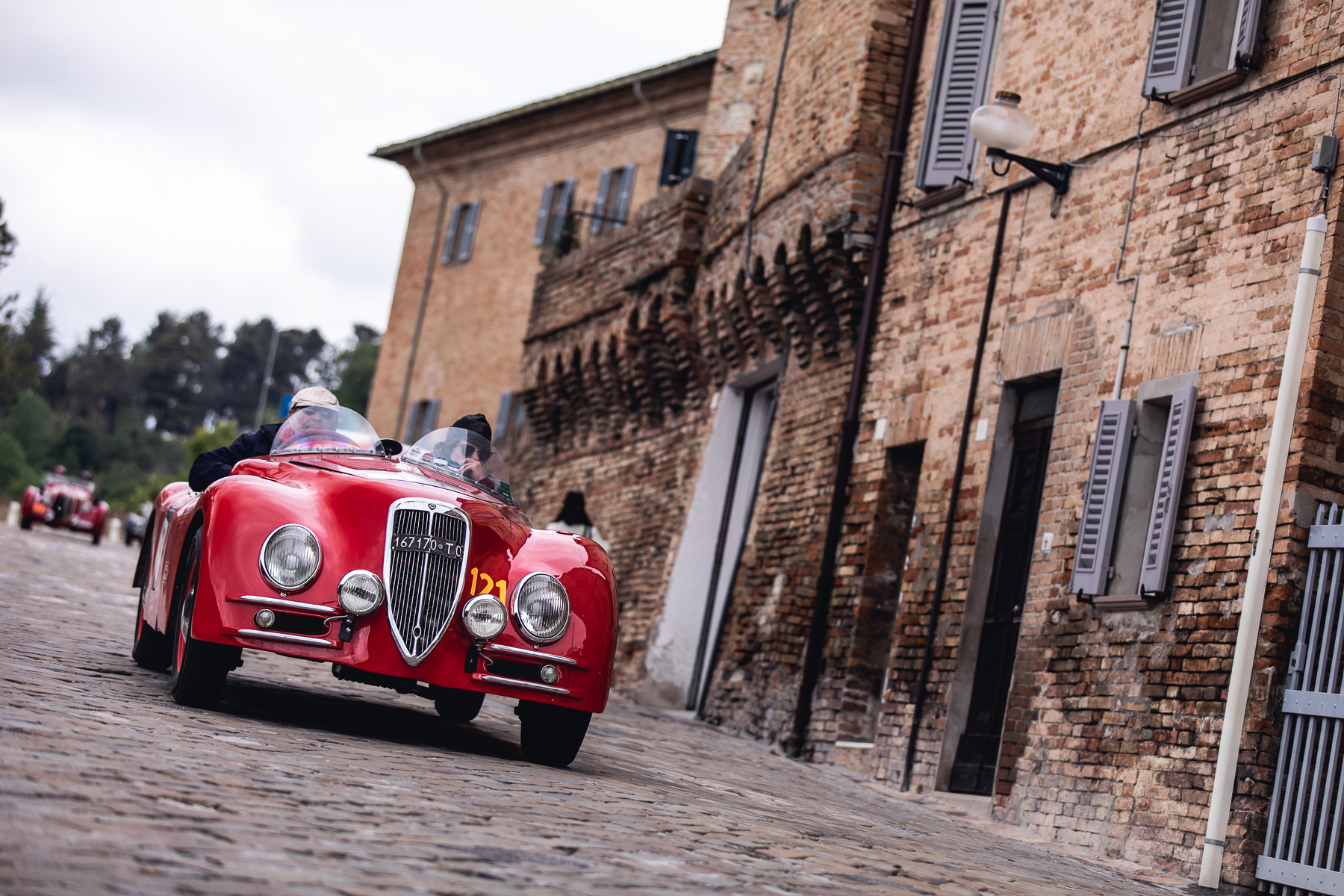